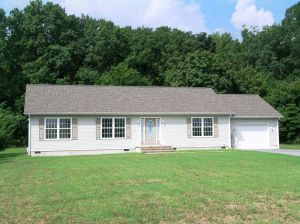 Who can blame a home owner for thinking his or her house has been foreclosed upon after receiving more than 200 letters from the bank stating it is taking over the property for nonpayment? But here’s the surprise: many of those homes were never actually foreclosed upon. The bank, after reviewing the value and equity, decided it was not worth their time or effort to complete the foreclosure. In the meantime, the home owner moved out and into a rental.

These zombie foreclosures — vacant homes — are a “growing problem,” according to Consumer Financial Protection Bureau (CFPB). The government committee is now (finally) planning to have a little chat about this issue.

Some investors have already taken action. They’ve contacted the homeowners and have paid them cash to be added to the title. Armed with this status, they’ve done the clean-up work on the property and have turned the houses into rentals. So while the bank has been snoozing, the investors have been collecting rental income.

Of course, none of this would have happened if the home owners would have executed a smart strategy on their own: stay in the house and live free until they were officially evicted. Before you cry, “That’s not fair!” let me remind you that it is better for everyone in the neighborhood to have people living in a house and keeping up the property, including the yard. No one wins when zombie foreclosures turn into ugly, unsightly, broken-down blights on the street.

Are More Zombie Foreclosures Set to Flood the Market?

Two million home owners who received a loan modification (a temporary reduction in interest rate in order to prevent a foreclosure) are set to have their mortgages recast. This means their temporary low interest rate period is coming to an end, and they are about to get an increase in their payments.

40% of these home owners are still underwater and will not be able to refinance or sell. That is 800,000 properties that could come flooding onto the market at bargain prices (as in a short sale) or turn into abandoned houses (if the home owners flee).

But the numbers don’t stop there. Another 18% of these modified home owners have only 9% or less equity in their homes. Since it costs approximately 8% to 9% to sell a home, they would walk away with nothing in their pockets for the effort of selling. What will they do in this situation?

Will the CFPB force lenders to extend the loan modifications, thus kicking the can down into the future?

Will another wave of foreclosures hit the market?

Will a solution to found for the problematic zombies already setting in neighborhoods like haunted houses?

What do you think?