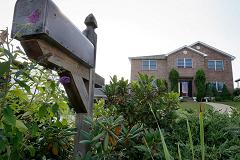 The Beaver County Tax assessor snatched away Eileen Battisti’s house in foreclosure because she owed a mere $6.30.

They claimed they had the right to take away the Pennsylvania widow’s house, because they had sent the proper legal notices of the money due.

Really, tax people? How is that fair and honest treatment of a home owner who has paid their taxes faithfully over the years?

Eileen Batisti thought she had paid all past due bills after her husband’s death in 2004. She was unaware there was an outstanding balance due. Adding late fees and penalties to the $6.30, her bill shot up to $235.

Her house was then sold under value for about $116,000 to “some lucky buyer” getting a bargain.

Eileen wasn’t going to be defeated that easily. She filed an appeal of the sale in county court. And legally, the new owner could not take possession of the house while an appeal was going on. So Eileen has continued to live in her home.

Judge Mary Hannah Leavitt said the county’s action “was particularly inappropriate because the outstanding liability was small and the value of the home was far greater than the amount paid by purchaser.”

The Take-Away: If you don’t pay your property taxes, the county can foreclose on your home, even if the mortgage is paid on time. And, if there is a gross inequity, such as what happened to Eileen Battisti, you do have the right to appeal.